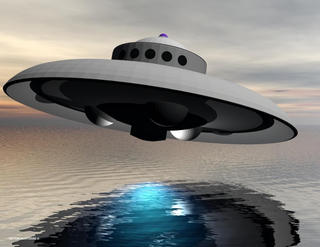 This television season was created for weirdos like me. Every night of the week, I can watch something about aliens or ghosts or sea monsters. Not since I was a kid and could watch the Twilight Zone and Outer Limits or could choose between Night Gallery, Lost in Space or Star Trek has there been such a smorgasbord of oddness to choose from.

Along with reruns of Firefly on the Sci-Fi Channel (and all of that other cool stuff on Sci-Fi), I can watch Ghost Whisperer, Surface, Threshold, Invasion, Night Stalker, Supernatural, Most Haunted, Ghost Hunters and Dead Famous. The old DVR is getting quite a workout. Of course, none of them measure up to The X-Files, yet, but there's always hope. I think Invasion is the best of the ones I've seen but I haven't seen Surface which I hear is very good also. For some reason, I can't get interested in Lost no matter how much people tell me it's like Twin Peaks. I loved Twin Peaks.

I do like Most Haunted. This is a program from England in which this group of paranormal experts go to haunted pubs and castles and such and try to have paranormal experiences. There is this chick on there who walks around provoking spirits ("Show yourself!" "You're a coward!") and then when something weird happens, she runs away screaming like a banshee. Now, that's good television.

Edited to add: My cousin Zina reminded me of Medium in a comment to this post. I can't believe I forgot it. It's a great show and Patricia Arquette is wonderful in it as is the entire cast, actually.

What about MEDIUM? She won an emmy for best actress and it was well deserved.

Zina - I can't believe I forgot Medium! I love that show. I'm going back to add it.

I loved the early years of the X-files especially when they stuck to the core plot with the Cancer Man and black eye stuff.

I enjoy Most Haunted, too. I thought I was the only one who was shouting, "Don't taunt them!"

I have been watching as many as I can, but there are so many, I forget when they come on and what channel.

I like Surface, so far, and we watch the Sci Fi channel all the time, so we are hooked on Ghost Hunters. Anyone know where I can go to find a list of all of those shows and when they come on? I don't have time to check a TV guide.

Ed - I loved X-files. Makes me sad just thinking about it.

Jeffrey - That Yvette cracks me up and I can't decide if Derek is for real or not.

Dana - I'll post all the times and stuff for you. I'm a full-service blog. :)

You are just like me with paranormal shows! I saw your link to TAPS, and I lurk on those forums the day after Ghost Hunters to read the Episode Discussion posts. Pretty funny to see them go at it - especially over the last episode with the apparition.

Our DVR tapes Most Haunted too - I have to say I can't get into it too much anymore. Yvette drives me crazy with her screaming, but I always chuckle when she seems to be intensely studying Derek...as if she is thinking, "This guy is full of it" or "Wow!" I can't tell.

Lost is great - but nothing will compare to X-Files.

Lisa - I agree with what you said about Most Haunted. Sometimes, it lookes like Yvette is believing Derek. He's just too dramatic for me.