"Grandma, sit by me on this bench and lets talk about...bugs."

Year of the huh?

I went to my neighborhood fast food Chinese restaurant/take-out joint.  I wasn't sure what I wanted, so instead of going through the drive-thru like I usually do, I went inside.  While I was waiting for my food, I noticed the wall calendar to the left of where people stand to order their food. 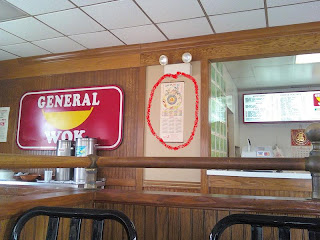 As I read the calendar, I noticed it was for the "Year of the Rat."  Agghh!!  Why would you put a calendar up in a RESTAURANT drawing unnecessary attention to vermin?

Then, I thought, "Shut up, dummy.  It's a cultural difference and you should embrace it instead of criticizing it."

Then, I noticed the year on the calendar:  2008.  2008.  Nah, that's not a cultural difference, that's just dumb.  Let's leave up a two year old calendar with a big picture of a rat on it where people are ordering their food and in direct view of where people sit to eat. 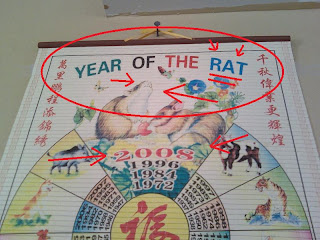 Ava Gets a Brother 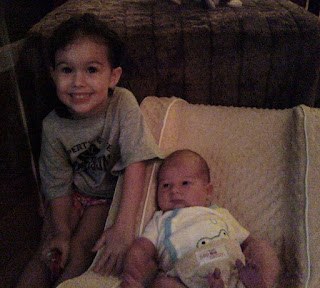 My son and daughter-in-law are the proud parents of the latest addition to their family.  That's him up there at five days old watching the "chipmunk movie" with his big sister Ava.  His name is Lucas and he weighed 9 pounds and was 22 inches long.  Three year old Ava is in love and cannot stop saying, "Momma, he's so cute!"

After his first sponge bath in Ava's presence, Ava's mom mentioned that she wished she had a hairbrush to brush Lucas' hair.  Ava said, "We have one, mom."  Jamie said, "Yes, but we need a baby hairbrush."  Ava got off the bed, went to Lucas' room, we heard the opening and closing of a cabinet door, then Ava came back into the room with an unopened package containing a baby hairbrush and comb.  Jamie had forgotten they bought it.  Such a good big sister.

During Lucas' birth (he was a planned home birth), Ava spent the day with me.  She also spent a lot of the next four days with me including a few slumber parties with grandma.  Here are a few Ava-isms from the weekend:

"Grandma, you need to buy a back yard."  (I live in a townhouse)

"Grandma, who makes it dark?  God or Jesus?"

"Where did you get this purse, Grandma?"
"Aunt Kim gave it to me."
"Did you tell her thank you?"

"Ava, grandma doesn't have any Butt Paste here for your bottom."  (That would be Boudreaux' Butt Paste for those of you who don't know.  It's a southern version of Desitin.  Ava had a little rash on her heinie.)
"You need to put it on your list.  Also, a Mickey Mouse sippy cup for me."

Ava singing her ABCs before (actually, during) bedtime...

I have one last Ava story (soon, there will be lots of Lucas stories).  While Jamie and I were talking the other night, Ava was playing in front of the television.  She looked up at the television, then looked at Jamie and said, "Momma, that man looks like one of my daddies."

Jamie said, "What do you mean 'one of your daddies?'  You only have one daddy."

"He looks like one of my daddies!" Ava repeated.

"You only have one daddy, Ava,"  Jamie said.

Ava looked at Jamie as if to say, "Isn't that what I've been saying all along?" and said, "Yeah."

Ava went back to playing with her baby dolls and I imagined her thinking, "Geez.  Grown-ups." 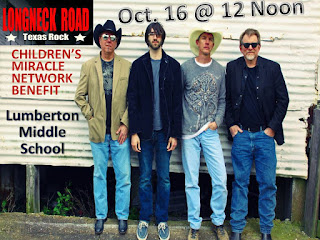 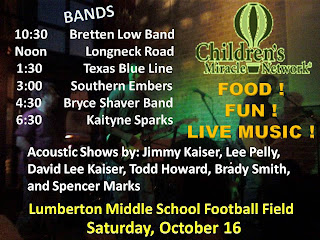 My Superficial Review of the New Television Season

As you will see below, I'm not impressed.  I haven't watched all of the new shows, but half of them I started to watch all began with some sort of dead body, so I changed the channel.  I'm not even kidding about that.  I wish I was.

Blue Bloods -
Yes.  Anything with Donnie Wahlberg gets a shot with me and ten points extra credit.

The Defenders -
Yes.  Las Vegas, Jim Belushi and Jerry O'Connell?  What's not to like?  Lots.  I like it anyway.

Hawaii Five-O -
No.  Too much testosterone.  Not that it's not quite nice testesterone.  I just prefer my testosterone to be mixed with a huge infusion of intelligence.  If a chase scene lasts more than ten seconds, I lose interest.  Too many chase scenes.  Too many explosions.

Mike and Molly -
No.  I like Mike and his partner and I like Molly.  Swoosie Kurtz and Molly's sister are annoying.

Sh*t My Dad Says -
No.  The book is hilarious and you should buy it immediately.  This show is more mean spirited than clever.  My family is full of dads like the one in the book and there are ways to be crass and always say almost the right thing that always comes out wrong without also appearing to be a jerk.  Maybe the mistake was casting William Shatner (who I love) as the dad.  Someone equally cranky, yet softer than Shatner (Bob Newhart-ish?) would have been a better choice.

Raising Hope -
No.  I couldn't watch ten minutes of this one.  (Sorry, Kara...Kara is my cousin and loves this one.)  It bugged the crap out of me.

Oursourced -
No.  I have no idea how this premise made it past the first network executive, let alone into primetime.