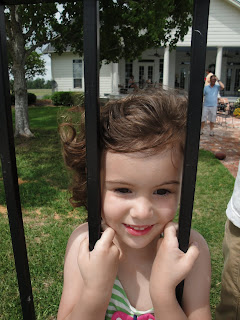 Saturday, I had lunch with my family including my 4 year-old grand-fabulous-daughter Ava.  As usual, while we were waiting for our food, she announced, "Grandma!  I have to go to the bathroom."  Her dad was the same way as a child.  Every trip to a restaurant required an inspection of the facilities.

So, off we went.  When we got to the bathroom, she went into the stall, locked the door and announced that she was a big girl now and I did not need to go in there with her and that I did not have to help her wipe.

There was a young girl in the restroom with us and as she was complimenting me on Ava's cuteness, Ava announced from the stall, "Grandma, I think I have to poo poo."

"It won't come out," she announced.

The young girl stifled a giggle and as she left, a mother/daughter duo came into the bathroom in the middle of Ava's Poo Poo Serenade.  It was a lovely lyrically creative and melodically diverse tune.  And, it was loud.

The mother smiled at me and I smiled back.

As the mother/daughter team left the restroom stifling their own giggles, another lady walked in.  At this point, Ava announced, "Grandma.  I think it's di-uh-reeee-uh.  Yep.  It's di-uh-reee-uh."

That was when I quit trying to stifle my own giggles and busted out laughing.  Ava decided that this new turn of events might require some extra grandma help with the wiping and opened the stall door for me.

I'm pleased to announce that there was no di-uh-reeee-uh and the skirt and panties remained poop free.

To paraphrase 10cc, "The things we do for love...like walking in the rain and the snow...and helping your grand-fabulous-daughter go." 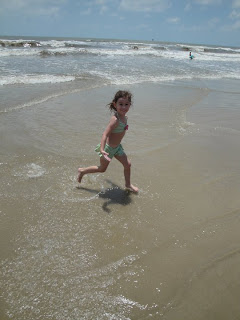