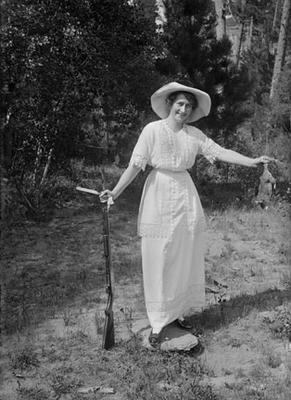 Some of us were discussing guns at work the other day. One of the girls told a story about being eight months pregnant and almost accidentally shooting her husband late one night when he unexpectedly came home early from working the late shift at one of the refineries. (This incident is not to be confused with the times she almost intentionally shot him.)

The night she almost accidentally shot him, she heard something or someone making noise in her house at about two in the morning and knew her husband wasn't supposed to be home until six o'clock the next morning at the earliest. She got out of bed and grabbed the shotgun. Since she was very pregnant and didn't want to hurt herself or the baby, she propped the stock of the shotgun against the wall behind her and, as the intruder approached her bedroom door, she cocked that bad boy.

I don't know if you have ever actually heard a shotgun being cocked but the sound alone is enough to send a grown man running for his life. Imagine that you are the husband of a hormonal, frightened, extremely pregnant woman reaching for the doorknob of your bedroom, in the dark, at two in the morning and hearing that sound.

She said, all she could hear was her husband shouting from the other side of the door, "DON'T SHOT, DON'T SHOOT! FOR GOD'S SAKE DON'T SHOOT! IT'S ME! IT'S ME!" Luckily, she didn't shoot and all ended well and as an extra special bonus, to this day, he always calls when he is on his way home.

My friend says the scariest part of the whole incident was how hard it was for her to not pull the trigger. She was scared to death, her adrenaline was pumping and every muscle in her body was telling her to shoot. Even after hearing her husband's voice, it was difficult to take her finger off the trigger. 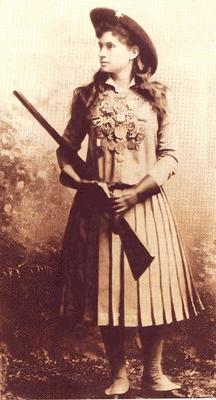 This made me think about what would happen to me in a similar situation. Would I be able to not shoot someone if the gun was cocked and my finger was already on the trigger? Hell, when I'm searching for something on the computer either at home or at work, this is the usual scenario: ...next...next...next...next...next...damn, that was it...back, back, back.

Think about it, my mouse finger is the same finger that would be so precariously poised on the trigger of that gun. Would I be able to stop? There's no 'back' button on the trigger of a 40-gauge shotgun, you know.

Whew! It doesn't get much closer than that.

I love the way you put the article together. It flowed like butta!

Well that seems to be the perfect argument against guns.....

Yeah he would call in advance after that I guess

You are brillaint! twisted and scary but brilliant!

Tanda - It was a funny story but scary at the same time. (Thanks for the compliment, too.)

Eeore - At least a good argument for ME to not have a gun.

Lorna - You describe me perfectly...except for the brilliant part. :)

Hilarious !! I drifted in.

...came in through blockclicker, btw :)

JAC - Howdy, pull up a chair and stay a while.