Seemed pretty ordinary to me

Today I had a Lean Cuisine for lunch. 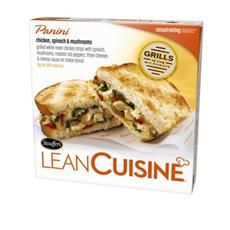 The instructions on the back of the box included the words "Revolutionary Grilling Tray (tm)" not once, but twice in the description of how to heat my sandwich. This is a picture of the revolutionary tray... 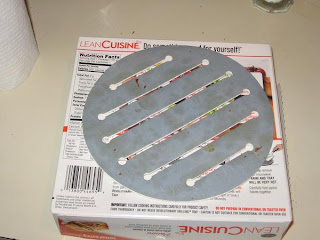 Looked and cooked just like all the other little grilling trays Lean Cuisine has been using for years. Nothing "revolutionary" about it. It's not like I was expecting fireworks or muskets or Redcoats or anything, but...still.  Revolutionary?  Idiots. 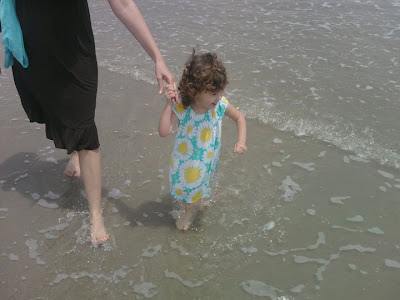 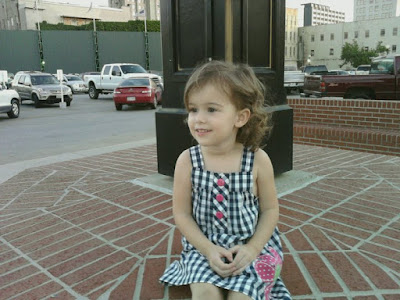 I'm going to be a grandma again and this time it's a boy!  He's due the last week in September.

I hate it when I forget to take Kleenex out of my pants pocket before I wash them and then have Kleenex scraps all over my newly washed clothes, yet damned if I don't do it every week.

Most intriguing Facebook status update by one of my friends this week:  "Anyone find a pair of brown flip flops at the theatre??"

I yelled "F*ck you!" at the yoga instructor on my Wii one day this week.

When I tell somebody about a new program I like on television and they ask me when it comes on, I say, "I don't know.  It appears in my DVR and I watch it."  I have no idea when or where most of my favorite programs come on.

I think covering perfectly good strawberries in chocolate or wrapping delicious shrimp in bacon is a sinful waste of chocolate, bacon, shrimp and strawberries.

I don't understand why people name a baby and then call it something else.  "Let's name her Margaret Elizabeth and call her Lizzie."  WTF?  Just name the kid Lizzie.

I finally watched Twilight and enjoyed the movie much more than the book, which never happens for me.  Also, Kristen Stewart is annoying as hell every time I see her on television, but I was pleasantly surprised at her acting ability.

My new favorite television program is "Justified" (on FX Tuesdays at 10...I had to look that up).  I'm still in mourning over the abrupt cancellation of Deadwood and this brilliant program with the amazing Tim Olyphant has filled that previously unfillable void nicely.

For those of you who live out of the area, some of this won't make sense to you, but bear with me.

To the citizens of Jefferson County, Texas:

How about we rename Ford Park to Carl Griffith Park? The airport...Janis Joplin Regional? Washington Monument...Sarah Palin Monument? Why name something after one of the most controversial figures in the community? Folks, I think our school board has gone rogue.

0 WITTY COMMENTS
Labels: In Laurie's Brain
Posted at 7:37 AM

How quickly we forget

I just pulled a frozen Swedish meatball dinner from the freezer to cook for my lunch here at the office.  I turned it over and read the cooking instructions and was appalled.

Has it come to this?  I'm pissed off because my Swedish meatball lunch will take a whole nine and half minutes to cook before I can eat it?  In the olden days, every frozen dinner took at least 30 minues to cook.

I also got pissed off yesterday because a lady in front of me at the grocery store had the audacity to write a check to pay for her groceries and god forbid I have to actually go into the convenience store and pay for my gas if there's a malfunction during my Pay-at-the-Pump routine.  I throw a huge tantrum in my head over that one.

Since I got my laptop, I don't even have to leave my couch to IMDB or Google anymore.  I have the world at my fingertips and if I lose my internet connection for 1.5 seconds you'd think someone shot my dog.  I'm so spoiled to my DVR that I try to fast-forward everything I watch, even the non-DVRed ones. I pitch a little hissy fit over that, too.

What has become of me? 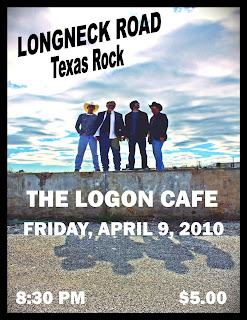 Aaron - Not great.  Can't blame it on still being sick.  It's been three weeks since he had a decent performance.

Katie - My favorite performance by her so far.  First time I've seen her consistent throughout the whole song.

Andrew - Not as good as last week, but still better than his earlier performances.

Michael  - Great voice, but I wasn't crazy about it.

Crystal - Crystal does the Beatles.  Excellent.

Tim - One of my favorites of the night.  The song and the look fit him perfectly.

Casey - Oh...my...God.  My absolute favorite of the night.  Fantastic.

Lee - Not my favorite performance by him, but I'm glad he looked so happy.

Of course there are some very good movie sequels:

The Godfathr Part II
Die Hard 2
Christmas Vacation
Bourne Supremacy
All the Harry Potters
All the Lord of the Rings
Some of the Indiana Jones
Not sure if you'd consider James Bond movies as sequels, but I like all of them...some more than others.

It's been years since I read The Godfather. If you've never read it, I think you should...

What do Revenge of the Nerds, Police Academy and Jaws have in common?

There are some movies with such awful sequels that I had forgetten how good the originals were.  I stumbled upon Revenge of the Nerds last night and couldn't make myself change the channel.  It's one of my favorite stupidly funny movies, but the sequels were so awful and so numerous that I had even boycotted the original.

Other movies with awful sequels:
Saturday Night Fever
Jaws
Caddyshack
Grease
Rocky
Police Academy
Karate Kid
Planet of the Apes
Dirty Dancing
Weekend at Bernie's
Porky's
Jurassic Park
The Godfather (the third one, of course)
Indiana Jones (some were good, some not so good, none as good as the first)
Halloween
Nightmare on Elm Street

Would that be considered a miracle?

The washing of the feet is part of the Catholic mass on Holy Thursday.  My mom had the honor of being chosen as one of the eight people in our parish to have their feet washed by the priest during mass.

Although my mom was immensely proud to be chosen, she was concerned about the priest seeing her toes.  Rather than pay the outrageous cost of toenail fungus medication, mom recently had two of her toenails surgically removed.  Mom isn't shy about her naked toes and even occasionally paints the toenail-less skin to fool people when she wears sandals.  However, she was concerned about the priest seeing her creepy toes up close and personal.  Someone suggested she put on fake nails, but mom decided to go au naturel and risk the embarrassment.

As I sat in the pew tonight on this holiest of Thursdays, watching the priest gently wash my mom's feet instead of being moved by the beauty of the gesture all I could think was, "Wouldn't it be weird if her toenails grew back?"

4 WITTY COMMENTS
Labels: In Laurie's Brain
Posted at 12:25 AM