In Defense of Christina Aguilara 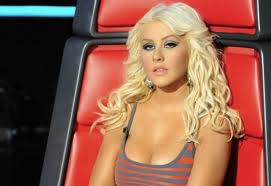 Three things I have to say in defense of Christina Aguilera’s bad behavior on The Voice last night:

1.  Because she thinks everything is about her, Tony Lucca’s performance of a song which included the edited out word “bitch” offended her personally.  She no doubt felt it was directed at her, because everything is about her, and proceeded to prove her point by acting like a bitch the rest of the night.  Texting/tweeting during the judge’s comment portion after one of Tony’s performances?  Classy.

2.  Sneaking through the audience before the show paying those people to shout “I love you, Christina” must be exhausting.