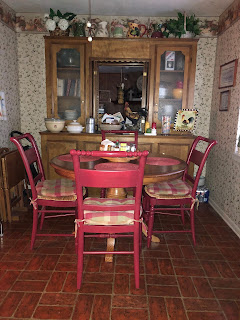 This morning while standing in the kitchen, I found myself pondering the table pictured in this post. When my dad was, literally, on his death bed, he called us in one by one to talk to us. After comparing notes, we discovered the main theme of dad’s wishes was that we not let mom sell and move out of the “party house.” Everyone has great memories of this house, of the crawfish boils, of the game room Christmas Pictionary tournaments, of a million other things.

In my morning pondering, I realized that the underdog of this “party house,” is the table pictured here. This is where the real talk happens. It’s where we would all sit and visit with mom while she cooked. I can still see all the aunts sitting there talking and laughing so loud that you couldn’t imagine anyone knew what anyone else was saying. I can still see Bonnie and Kelly cutting sausage for the red beans and rice. I can still see Grandma Ransonette sitting there drinking her Christmas Eve “high ball” that dad would make for her as soon as she walked into the house. I can still see Terry having a beer with late arrivals to the parties while they eat their first bowl of gumbo.

This table is also the overflow table for people who aren’t quick enough to get a seat at the big dining room table. Nobody feels bad for them though, because people eventually leave the big table and pull up more chairs to this little kitchen table to scrunch up and eat with the losers. Like so many other houses, gaze upon and appreciate the heart of the house: The Kitchen Table.

I received my Roku wireless speakers yesterday and, initially, had issues with the pairing portion even after following all instructions.  I tried restarting, unplugging, resetting, etc. in various orders and configurations with the same result of the process getting stuck on the pairing portion of the setup process.

I was finally successful after doing the following two things.  I'm not sure of which, if either, did the trick, but wanted to share, anyway.  1.  Initially, my Roku TV said my software was up to date, but when I started the install process over from scratch (for the 5th time), the TV found an update and installed it.  2.  Rather than holding down the Home button for 5 seconds to get to the install device menus, I followed the menu prompts individually from the Settings menu to pair the speakers.

Yesterday, I charged 82 year old mother's iPad, organized her apps and loaded some embroidery and knitting apps for her, because she is now all about the yarn.

After I handed mom her iPad, she started playing games and said, “I forgot how fun these games are.” After a few minutes, she asked, “What am I doing? What’s this?”

It was Candy Crush.

After about 30 minutes, I realized I hadn’t told her she would run out of lives, that she would have to wait for more lives to accumulate, and not to spend any money buying additional lives. After about 10 more minutes, mom threw her iPad at the footstool and said, “Kiss my ass.”

When I picked up the iPad, I saw that mom had gotten so mad at Candy Crush that she had pushed the “Home” button too hard and activated Siri who was insulted to be told to kiss mom’s ass.

To demonstrate to mom what she had heard, I told Siri to also kiss my ass. Siri responded, “That’s not nice, Ruby.”

Mom asked, “She knows my name?!” She then told Siri to go to hell. Siri said, “I wouldn’t speak to you like that, Ruby.”

For ten more minutes we cursed at Siri. I showed mom other uses for Siri, but mom preferred telling Siri to kiss her ass over asking her about the weather.

My Grandchildren Have Found My Blog

It was bound to happen. I started my blog in 2004...14 years ago. Today, my 10 year old granddaughter Googled herself and found this blog. She’s about to find out how crazy her grandma really is.

My 5 year old grandson kicking butt at Mario Kart while dressed in his Yoshi Halloween costume.

What did you expect?

With the disclaimer that there's no excuse for intentional rudeness and that this isn't directed to anyone I know, I'm confused by people who choose to present themselves in a non-conformist way (lots of tattoos and/or piercings, biker-ish, gangster-ish, unusual hair colors or styles, etc.) being surprised when people prejudge them based on their appearance.

Wasn't it your intention for people to see you as a rebel/non-conformist/gangster, etc.?

I'm not saying it's okay that anyone prejudge another person. I'm just saying that sometimes people are reacting to the image that is intentionally presented...by you.

2 WITTY COMMENTS
Labels: In Laurie's Brain
Posted at 10:06 AM 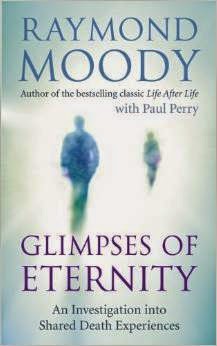 
I read a near-death experience account recently and the person described being back in her body as going into a box of solitude after experiencing the oneness of being part of everything on the other side.

Since reading that near death experience account, I can't get that idea out of my mind.

I think this might explain our yearning (some of us, anyway) to establish connections with people. Even people who consider themselves loners feel the need to be around others, occasionally, even though they prefer solitude, which causes them a lot of inner turmoil.

It's possibly a pull to be a part of, or a vague memory that we are a part of, a universal oneness we can't begin to comprehend.

Hotmail Calendar not Syncing to iPhone

I'm not sure when the entries stopped syncing to and from Hotmail from my iPhone.  After various attempts to remedy the problem, my only solution was to delete my Hotmail calendar from my iPhone and re-add it as an Exchange account rather than an Outlook account.

Here are the steps:

My Niece Jumping into the San Marcos River after Graduation 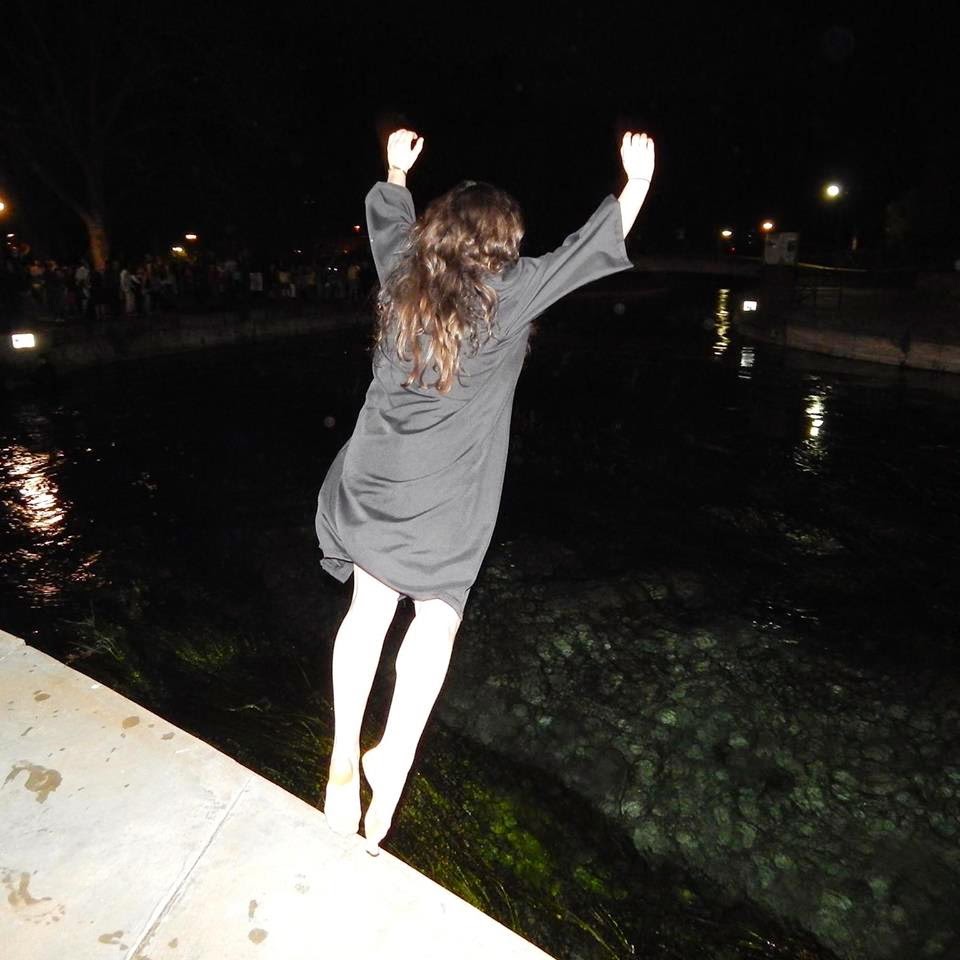 I do NOT agree with the below overwrought video going around on Facebook.  It is possible to have a fabulous social life which is enhanced by social media.  I'm thankful for the connections I would not have otherwise and would not be able to maintain any other way due to distance.

My grandkids play on the iPad, play Wii, Face Time their grandparents and still play outside, play "restaurant" and learn a lot more than we ever did at their age through computers and technology.

In the olden days, we walked around with our transistor radios with earplugs and people found their inner quiet time with books and newspapers.  Reading these things online is no different.  We vegged out (and still do) in front of televisions.  People sometimes need to withdraw from the outside world for a while.  This is not the end of civilization.

People have established long lasting romantic relationships through their connections in social media and a lot of times the people who seem so absorbed in their electronic devices are communicating with parents or friends or relatives to coordinate actual face-to-face meetings.

When my sister passed away recently, there were hundreds of people at the wake and services and many of them were there through the magic of reconnecting on Facebook.  The support we received from our "Facebook Friends," has been amazing and truly heartfelt.

Everyone needs to stop feeling guilty about doing the things they enjoy.  Get over yourself, Guy Who Made This Video.  (Look Up by Gary Turk) 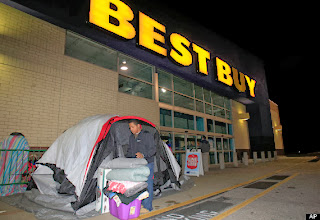 I'm not a Black Friday type person, but people are so judgy, judgy toward the people who are. For some of the Black Friday shoppers, that IS how they spend their family time and it's been a family tradition long before it was labeled "Black Friday." Sure, there are crazies out there, but there are crazies everywhere. We also need to consider the fact that not everybody likes their family, so, there's that.Some Black Friday shoppers just have such competitive personalities, that they can't help themselves. So, shop on, you crazy diamonds (Pink Floyd reference). I'm staying in my pajamas.

Create Your Badge
Tweets by @lauriea776