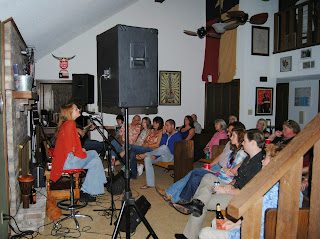 Saw a great show last night at The Les Paw Mewsic Series. This is my friend Steve Elliott's house which he has turned into a live music venue by putting church pews in his den. How cool is that? I will alert all of you for the next show. It's a wonderful place to hear great music. Last night was Drew Kennedy and it was a fantastic show. Can't wait for the next one!As an extra added bonus, Donnie Courville brought some of Bigrich Courville's indescribable gumbo! Eat your hearts out, people, especially you John Cowan. 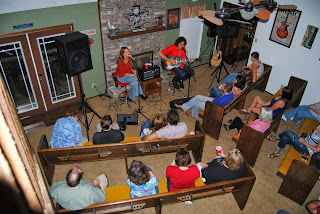