Just before John Corbett came on, one of the guys from my office showed up and he wanted to buy us some beer. I told him I didn’t like beer so he bought beer for him and Melissa until he just couldn’t stand it anymore. After about two rounds of me not drinking beer, he came back with a beer for me. To be polite, I took a few sips. A few sips led to a few more sips. Before I knew it, I had drunk the whole beer.

Melissa said, “You drank that whole beer?!” Melissa has known me since we were in grade school and she was not only shocked that I had drank a whole beer, she was also pissed because she was counting on finishing my beer.

I told my friend from the office, “You just bought me my first beer.”

He said, “No way. I’m calling bullshit on that one.”

I said, “No, really, I’ve never drank a whole beer before.”

I don’t know if it was the heat or if it was because a cute guy bought me the beer but I guess you can teach an old dog new drinking tricks. 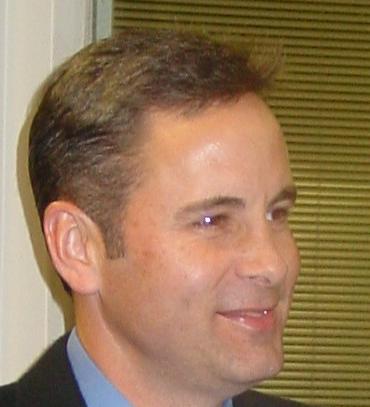 Thanks for posting that pic. ;) It's making me miss Texas! And working in that office!

If you can't get cuervo, beer is a fairly good substitute.

Well, now you know the horrible truth: Tequila is the gateway drug to beer.

LOL - Larry. I took up beer when I spent six weeks in the British Isles my senior year in college (a long ass time ago). It was the only thing I could get that was cold, and I've never looked back. Welcome! :D

Hoss - There is no substitue for Cuervo.

Larry - Tequila is the gateway drug to more tequila.

Sophmom - Perhaps I shall try to acquire a taste.

Did you ever try Yuengling?

LOL! I actually have a link to Yeungling's website on my recent Birthdaytion post! It's what the boys bought in kegs for my oldest son's college graduation a few weeks ago. I had never heard of it before but it was tasty, and, er, not expensive (or so I understand).

Dave and Sophmom - How do you pronounce that? Maybe I'll try one tonight.

I was like you too, once - HATED the stuff, wouldn't touch it...'til I was snuck into a suite at a Houston Texans game, wherein, the beer was FREE. Once your glass was empty, a waitress came around & filled it up FOR you. Been an avid beer drinker ever since. Now, at 8 mos. PG, all I want is a good, cold Bud Lite. You'll be swiggin' it by the longneck in NO time, I promise ya! (Promise me, in about a month, we'll swig one TOGETHER, will ya?!?) :)

It sure does! I'm looking at my calendar NOW...

YENG-LING. Most people just call it YING-LING. You'd almost think it's Chinese, but it's the oldest brewery in the US. Comes from Pennsylvania. We got it down here in Orlando not too long ago. It used to be just a regional beer.

It was purty darn tasty. :)

There's no going back after the first one....this applies to many things in lilfe, beer among them.

Dave and Sophmom - I'm going to definitely try to hunt down some Yeungling this weekend. You'll read about it here.

Lorna - Time will tell. Once again, you'll see it here!