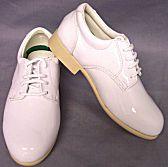 When I first got divorced, I had a lot to learn about going out to bars. I started dating my ex-husband when I was 17 years old and we married the year I turned 21. So, I had no clubbing experience whatsoever when I divorced seven years later. Lucky for me, I had my sister Bonnie and her friend Kelly to tutor me in the three D's of drinking, dancing (country and otherwise) and dating.

Bonnie recently did a post in which she apologizes for being a dancing snob. Bonnie and Kelly are excellent country western dancers and actually taught dancing back in those days. They were very particular about who they would dance with. I, on the other hand, would dance with anyone at least once.

One night, I arrived at Get Down Brown's in Port Arthur an hour or so after Bonnie and Kelly because I was going to college at night. As soon as I walked up to Bonnie and Kelly, who were standing beside the dance floor, a guy came up behind me and asked me to dance. I thought, "Wow, this is going to be a good night. I just walked in and someone is already asking me to dance."

It wasn't until I was on the dance floor that I realized that my partner was obviously a foreign seaman (Port Arthur is a port town, hence the name), could speak no english but insisted on trying to talk to me anyway, not bad looking but wearing white patent leather shoes. He also danced like an insane chicken.

When I got off the dance floor, Kelly and Bonnie bombarded me with instructions:

I said, "Aren't y'all over reacting? Granted the shoes were a bad fashion choice and he did dance like an insane chicken but he's just trying to have fun."

"Laurie," Bonnie said, "Before you got here, he was dancing with another guy."

A woman who'd dance with anybody once. Where were you when I needed you?

So is the insane chicken something like the Elaine Benice off of Seinfeld?

Dancing with another guy probably means he really wanted to have fun.

Larry - I was in a bar waiting for shy guys to ask me to dance.

Glod - Here's hoping he got what he was looking for.

Old Horsetail - Glad you liked it!

White shoes! Port town! My God, we are twins! I was always getting approached by guys who danced like they were still on the high seas, smelled somewhat the same and often were Amurricans...took me a while to realize that wasn't an island off Australia.

...i miss dancing! i can't now so i just move a little to the groove. i had a pair of capizios, wore 'em out and another, god i miss dancin'...

Lorna - Maybe it's the sea-legs that make them dance that way. I never thought of that.

Sleepy Bomb - You might not dance but you still rock!

I always avoided the one's with the "blue suede shoes". I LOVE Elvis...don't get me wrong...I just didn't want to end up dancing with someone who thought HE was The King.

Cookie Jill - I actually DID see a guy with blue suede shoes once! He didn't ask me to dance, thank God!

What will they think of next? Here I was looking for how to get backstage pass and I end up reading about Never Dance With.... What a change I would never think about that. Wonderful to run into your site Laurie. Gave me a little break from my world. My world is in Las Vegas.