In a New Orleans State of Mind 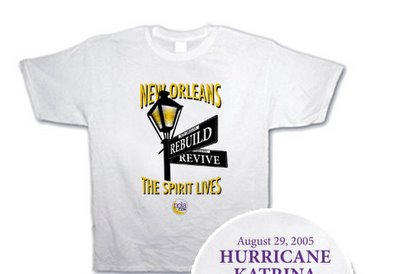 Last night, I finally watched the highlights of the Grammys which I had DVR'd from Wednesday night. The program, evidently, went on past 10:00 p.m. so my DVR cut off the recording before the end of the New Orleans tribute which was at the end of the Grammys. As I was surfing the internet trying to find a clip of the rest of the program, I decided to check and see if the Cat's Meow on Bourbon Street had re-opened, yet. I found out that they will be re-opening in mid-February which means they will be open when we go in mid-March.

The Cat's Meow is a karaoke bar on the corner of Bourbon and St. Peter and it's one of our favorite hangouts. I love to watch people sing karaoke and this is a great place to do that. When we get tired of watching people sing, there's a nice quiet bar upstairs with a balcony that overlooks Bourbon Street. The Cat's Meow is where we always start our evenings and I was relieved and delighted to hear it is finally going to re-open.

There was a link on that site to a place to buy some New Orleans t-shirts so I bought a couple of those. I'm not sure if any money goes to Katrina relief, but the shop that makes them is in Covington. So, that's good enough for me.

While I was in a New Orleans mood (as though the mood is not always right below the surface of my many other moods), I decided to watch a DVD I ordered from PBS titled Hurricane Katrina: The Storm that Drowned a City. Particularly poignant is an interview with the man who created the Hurricane Pam simulation a year before Katrina. He speaks of how some public officials mocked their presentation showing the catastrophic results if a Category 5 storm were to hit New Orleans. He tells about his frustration because he knew it was going to happen and how painful it is to see the reality of his predictions in the aftermath of Katrina.

I'm going to work on my taxes now. I wonder if I can claim my eating and drinking expenses for my March trip on my 2006 taxes as a charitable deduction toward Hurricane Katrina relief.

I saw the PBS piece. It really does break your heart. It continues to do so, and the mistakes pile one on top of another. These fine people deserved better than they got, IMHO. Nice entry.

If I were to get a windfall, I'd be the one singing all the Green Day at the karaoke bar---and the one saying how nice it was that Dave got to do all the moving this time.

TSHIRTS ordered! Did you get one of the shirts that was put out there by the ABITA beer people? Rebuilding New Orleans one beer at a time. Those did go to Katrina relief.

Laurie,
Thank oyu for keeping New Orleans alive in my mind...for fighting for it...for reminding me we can go back soon!

The summer of 2004 is a wonderful memory for us gang of poets. Gold Mine Saloon still has the poetry readings on Thursdays BTW :)
...but you know it.
Corner of Dauphine and St. Peter

Sophmom - Thanks. The DVD was hard to watch.

Lorna - I LOVE Green Day. I wonder if those adorable young boys know how many of us *mature* women have the hots for them.

Zina - I need to order something from the Abita beer site. Excellent.

Aisha - Some of us are going up on Thursday and we like the Gold Mine. I shall check out the poetry readings in your honor! Thanks for the travel tip. :)

Since any economic shot in the arm for New Orleans is an aid to recovery, double up on the drinking.